Didn’t we just watch this show?

We probably watch entirely too much TV around our house, and the Monday night CBS sitcom lineup has been one of our favorites.

It has been diminished somewhat by the move of both The Big Bang Theory and Rules of Engagement to Thursday night.

Mad Love immediately followed How I Met Your Mother, and if I hadn’t been paying close attention, I would have thought it was one continuous program. CBS is rather blatantly making a near carbon copy of How I Met Your Mother. I can’t say that I blame them — Mother has been a ratings success — but you’d think there were some writers and producers out there with a little more originality.

Mad Love deals with a group of young, attractive, professionals, living in Manhattan and falling in and out of love. Sounds exactly like the show that’s on immediately before it.

One of the two female leads in Mad Love, Sarah Chalke, was actually a multi-episode guest star in How I Met Your Mother. 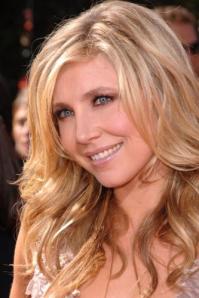 She was the long-term love interest of Mother’s Ted, played by Josh Radnor.

By the way, her love interest in Mad Love is Jason Biggs, who could be Radnor’s brother.

How I Met Your Mother's Josh Radnor

One response to “Didn’t we just watch this show?”