We all needed a good night’s sleep, so we starrd off slow this morning.

We had a nice breakfast at a cafe near the hotel. Then we finished repacking and took the Metro to the rental apartment that will be home for the next week. The apt is nice. We met the two older Canadian couples who were moving out as we arrived. I’ll post pics tomorrow.

Early afternoon, we walked a short way to Place de Concorde. During the revolution, this is where many heads rolled. Napoleon replaced the guillotine with an oblysk he stole from Egypt. Now it is a giant traffic circle and maybe as dangerous as during the revolution.

We bought tickets to the Batobus, which is a hop- on, hop-off tour boat that cruises up and down the Seine. Nice trip.

We got off at Notre Dame and toured the cathedral. It started to rain as we were leaving, causing hordes of tourists to try to cram through the exit doors. It was a serious crush of people.

We escaped to a nearby cafe and sat out the shower while eating crepes. Tres bien.

We walked around Ile St Louis for a bit and then caught the batobus back down the river and out apt on Place de Madeline.

We were pretty pooped, but still needed to exchange some trainm tickets (double bought) and shop for some food and stuff for the apt. It’s late and were tired.

Tomorrow we hook up with SIL and BIL’s friends for a trip to Chartres. Should be fun.

Mrs Poolman and me at Place de Concorde 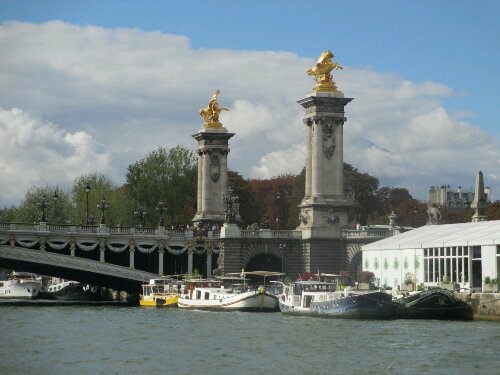 A chapel inside Notre Dame 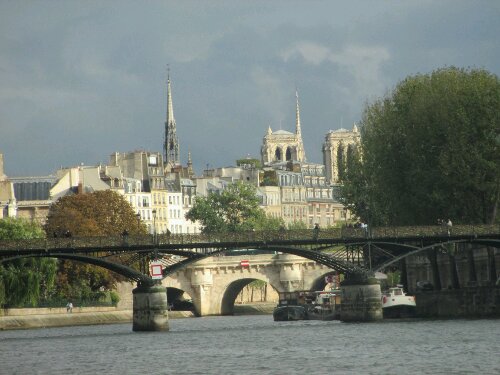 Notre Dme in the background 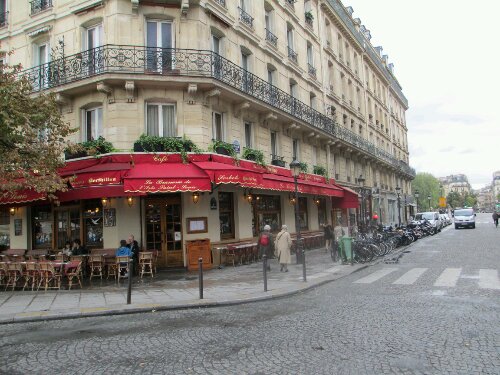 A cafe on Ile St Louis