Last week it was same-sex-marriages. This week it is same-sex-parents.

I heard on NPR this morning that actor Neal Patrick Harris (Doogie Howser) and his partner have gotten together with a surrogate mother to produce a set of twins (who are yet to be born.) 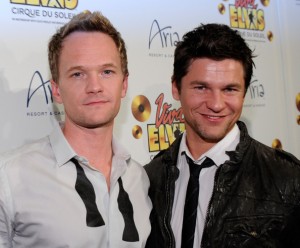 I’m not a homophobe. I really couldn’t care less what someone does in the privacy of their bedroom, so long as they aren’t hurting someone else. That’s the problem I have with this trend of gay and lesbian couples having children. There is potential harm.

I believe both mothers and fathers matter to children. Children absorb and learn different things from the different genders. In this case, why would you go through an incredible amount of effort and expense to create a child who will not have a mother? Did your mother not play an important part in your life? Why would you deny your child the benefit of having both a mother and a father?

The nephew of some of our friends went through the same process about a year ago. The two guys ended up with twin girls. While I’m sure these two guys will love and care for their daughters to the maximum extent of which they are capable, but they are limited biologically in what they can provide. Neither is female. The two girls will be raised without a mother or mother-figure. How will that affect the girls? I don’t know, but it can’t be ideal.

It seems like an incredible act of self indulgence. The same-sex parents get a baby to play with, but the child is the one who is missing one parent.

Of course, in today’s climate of “starter marriages,” “no-fault pregnancies” and high rates of divorce, missing parents are all too common with “straight” families.  The difference is that, usually, the parents do not plan to make it that way from the outset.

I feel the same about single women who elect to have a baby without benefit of a functioning father?  I don’t understand the benefit to the child of not having a father.  I guess some mothers really think you are going to be so good as a parent that they can fill both roles. Some of the time, and maybe even most of the time, many parents I know feel they stretching their abilities to handle one job, let alone two.

It may sound contradictory, but I don’t have any problem with gays or lesbians adopting children. Why? Because usually they are improving the lot of a child. By adopting, they are providing a child with a set of parents. While a male-female set of parents would be ideal, same-sex parents are better than no parents at all.

The question is simply this: In the grand scheme of things, is a would-be parent’s desire to have a child of greater importance than that child’s need for both a mother and a father? It’s something to think about.

Ironically, Harris is also the star of the CBS sitcom, “How I Met Your Mother.” That is one story he won’t have to tell his real-life kids.