Is it football season yet?

It’s still five and a half months until college football season starts up again, but I ran across a couple things that are interesting.

The first is a map of college football loyalties. For those parts of the country of which I am familiar, it is pretty accurate.  (Click on it for a full screen version.) 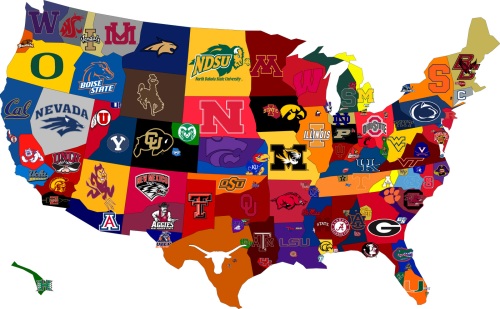 The United States of College Football

The second is a video of “Things Gator fans say?” This guy has some talent. The video really hits home.

“How do you fall asleep at a MacDonalds drive through window?”  Funny!

I hate to abuse my Georgia fans on the day after their DAWGS blew a 16 point lead to lose an Outback Bowl they should have won. However, this picture says it all. 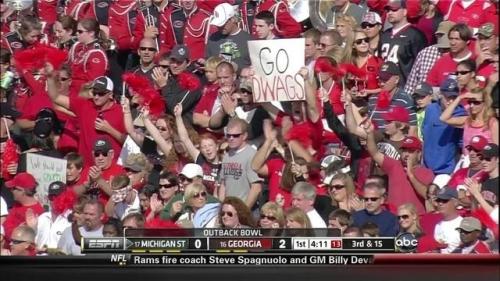 I wonder how many of my DAWG fans even “get” this post.

A big weekend ahead

This is Florida-Georgia week. This is a big deal in this part of the country. There are numerous stories of recent arrivals planning a big non-football event for the Fla-Ga Saturday, only to have no one show up at their party or event. It may be one reason Halloween parties aren’t that big around here. If you aren’t planning on having the game on, you won’t have many guests.

For the first time in many years, I am concerned. The basic background is this. For many years, prior to 1990, Georgia regularly “schooled” the Gators in the annual rivalry. However over the past 20 years, the Gators are 17-3. Even a blind hog finds an occasional acorn.

Having lived in Georgia for the past 18 years, we have enjoyed that run. Each year, Georgia fans have gotten in our faces and predicted their domination.

And in 17 of the past 20 years, our friendly rivals have drowned their tears in large amounts of alcoholic beverages.

This year, UGA started off miserably, winning only one of their first five games, while UF won their first four. Since then, however, the “Poodles” have won three straight, and the Mighty Gators have dropped three in a row.

It has been our tradition at Casa Poolman to host a fairly large viewing party for the game. Being very ecumenical, we have a good crowd of the red-and-black crowd, as well as true Gator fans.

One thing about this year that is different. Fans of neither team are doing any trash talking. Neither team’s fans feel they have any real cause to stick their chin out.

I just hope we aren’t embarrassed on Saturday. I really don’t want to have to move out of the state.