Several things caught my attention over the weekend.

They shine the lasers at the helicopters and mess with the pilots’ vision while they are flying at night. Probably a funny practical joke to the person with the laser. I would imagine it would be less so to the pilot.

Although the article doesn’t state it, I would strongly suspect the culprits of this kind of moronic amusement are probably also to young to vote. Don’t they have anything better to do? And, as always, where are the parents? Idiots!

And a special nod to some of the folks in Jackson, Mississippi, for reminding us once again why most of the rest of the country things you are a bunch of yahoos. After scheduling a wedding for a black couple at the First Baptist Church of Crystal Springs, the church changed its mind and forced them to schedule the wedding at another church. Why? Because some of the church members didn’t want a black couple to get married in their church.

This is so wrong on so many levels, it is just amazing. Seriously, what do you really think God would think of how you treated two of his children? You’re a church! You’re supposed to know better. The pastor said he moved the ceremony to accommodate the haters because he didn’t want any controversy in his congregation.  So how’s that working out for you Rev? Your flock is in USA Today looking like a bunch of redneck Klansmen.

And finally, I learned something I didn’t know over the weekend. Some dental hygienists are paid all or partially on commission. How I got to be this old without knowing that, I don’t know. But then again, I don’t hang out with a lot of dentists either. 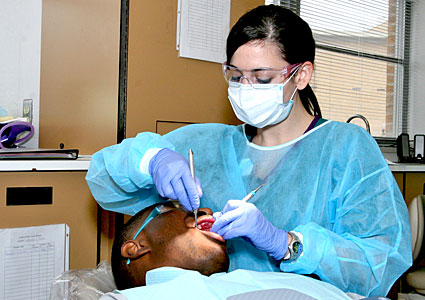 I know when I go to buy a car, the salesman is going to try to upsell me the extended warranty, the undercoating and anything else he or she can tag on. Forewarned is forearmed.  But if I go to my doctor and she tells me I need some kind of treatment, I take it that she is giving me her best medical advice. I thought dental offices were the same. Guess not. I think back on a fairly expensive plaque treatment I had last winter. That was recommended by the hygienist. In retrospect, I wonder if it was really needed, or did “the baby need new shoes?” It shines an entirely new light on dental services.  Hmmm.