A two-year old birthday party, a great burger and a pretty good movie

Mrs. Poolman and I had a very nice weekend, at least so far. It’s only Sunday afternoon. 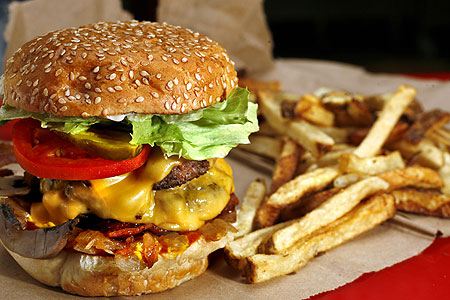 After a busy week, I slept late on Saturday and then took care of the weekend yard and pool chores. Mrs. P had to run some errands. We went to “Five Guys” for lunch. If you are not familiar, you should know this is a great hamburger place. Giant burgers and tons of fantastic fries. I could eat there every day, but if I did I wouldn’t live long.

Later in the afternoon, we went over to our friends, Lynn and Sam for their twin daughters’  (Helen and Brittany) second birthday party. Fortunately, both Mrs. P and I like little kids, because there were a bunch of them. I don’t think we have been around that many small children since our children were that age. It was fun, and Liz had laid out a great spread of food. Unfortunately, Mrs. P and I had just stuffed ourselves at Five Guys a couple of hours earlier, so we weren’t hungry at all. 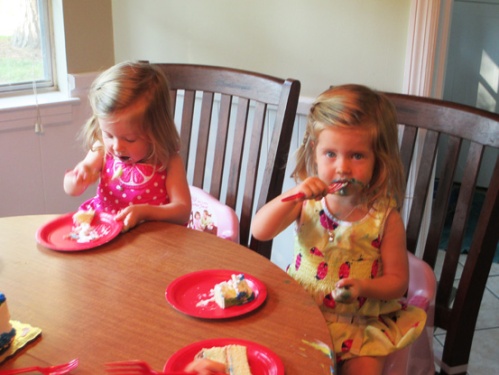 The girls enjoyed their cake.

We didn’t stay too long. We came home and watched a movie we had rented earlier. 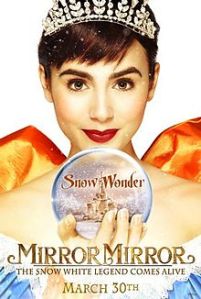 We weren’t quite sure what to expect out of “Mirror, Mirror” starring Julia Roberts, Lily Collins and Nathan Lane. It simply is the story of Snow White and the Seven Dwarfs done a little tongue-in-cheek. It wasn’t Academy Award-winning great, but it was definitely cute. Julia Roberts did a nice job as the evil stepmother and Lily Collins shined as “Snow” (although someone really needed to trim that girl’s eye brows.) Even the dwarfs were pretty cool. The movie didn’t take itself too seriously. On the other hand, it wasn’t so over-the-top farcical that it became stupid. See my account of the latest Three Musketeers movie as an example of a farce that got out of hand.

In summary, it was a light, fun movie that was fun and enjoyable to watch.

Right now it’s Sunday afternoon, and the plan for the rest of the day is to simply “chill out.” We’re doing beer-butt chicken on the grill with various veggies. Mrs. P is planning to make a dessert we saw in the newspaper – grilled peaches with vanilla ice cream and topped with a sweet bourbon glaze. Sounds yummy!